Can My Wart Come Back After Wart Treatment? 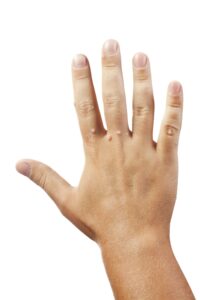 Warts are painful, itchy, and often embarrassing skin growths that can appear anywhere on your body, most commonly on your hands, fingers, and feet. The good news is that dermatologists like Dr. Perri have several effective wart treatment options at their disposal to remove warts. The bad news is, sometimes even after wart treatment, warts come back. Read on to get a better understanding of why warts appear in the first place, why warts come back, and how you can prevent warts from spreading or from obtaining new warts.

Warts are caused when tiny cuts in the skin are infected with one of over 100 different strains of the Human Papillomavirus (HPV). Warts start out very small and can be growing for up to a year before they become noticeable. Children tend to get warts more frequently than adults, and it’s suspected that this occurs because children’s immune systems are weaker and more susceptible to HPV. Children also tend to get more scrapes and cuts from playing. And they have active little hands, which don’t always get washed thoroughly.

Why do Warts Grow Back?

Some warts can be stubborn, and appear to almost never go away. There are several reasons that warts may grow back. First, the wart may not have been entirely removed with the original wart treatment option, and it may continue growing. Second, if an incision was made to remove the wart, the incision may become re-infected with HPV, thus causing the growth of a new wart. It is important that you follow your dermatologist’s post-wart treatment instructions very carefully to prevent the return of any removed warts.

How Can Patients Prevent Warts from Spreading?

If you have a wart on your body, it’s important for you to know that it is contagious. You can inadvertently spread the wart just by touching it! To prevent the spread of warts, your dermatologist recommends that you wash your hands frequently, especially right after you have touched your wart. You should also cover any cut – no matter how small – with a bandage – to prevent the cut from being infected with HPV. Finally, if you have warts on your fingers, stop biting your nails or picking at your hangnails or cuticles. This can prevent warts from spreading to other fingers.

What Can I do to prevent myself from Gaining New Warts?

Warts are very contagious, which means you can catch them in virtually any public place. Still, there are some prevention tips you can follow to reduce your risk of catching warts. First and foremost, always wear a bandage over any small cut, to prevent the cut from being infected with HPV. Second, never borrow anyone’s socks, shoes, or other articles of clothing, because you don’t know if that person may have a wart. You can catch a wart just by touching something, like a sock, which has been in contact with a wart. Always wear rubber-soled flip-flops in public showers at the gym or pool, and never borrow a towel or razor that someone else has already used. Also, maintaining your fingernails and cuticles isn’t just something that is attractive, it is a matter of good health.

Call Us with Any Questions

If you suspect you need wart treatment, call our offices today to schedule an appointment.